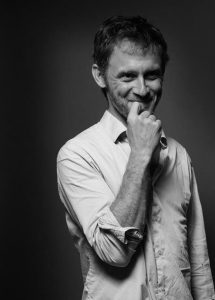 Born in 1975, Arno Bertina is the author of some fifteen books, including Le Dehors ou la migration des truites (Actes Sud 2001); the abundant Anima Motrix (Verticales 2006), which recounts the drift or flight of a politician from the North to the South of Italy; and Des châteaux qui brûlent (Verticales 2017; Folio 2019). In this fiction, a secretary of state is sequestered by the employees of a Breton slaughterhouse about to be placed in judicial liquidation.  In March 2020, Verticales published L’Age de la première passe, a long documentary account of work done in the Congo with street girls, minors prostituting themselves to survive. Arno Bertina has also adapted Malcolm Lowry’s Sous le Volcan and Les Démons, by Dostoyevsky (with Oliver Rohe) for France Culture. He was a resident at the Villa Medici (Rome) in 2004-2005. A critical volume appeared in the summer of 2018, published by Classiques-Garnier in the collection “Ecrivains francophones”. Arno Bertina is publishing Ceux qui trop supportent. Le combat des ex-GM&S (2017-2020) (Verticales, 2021), about the struggle of the GM&S factory workers. 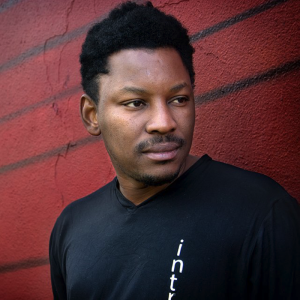 James Noël is a poet, born in Haiti in 1978. He lives in Veules-les-Roses. Among his latest published collections: Le Pyromane adolescent, followed by Le Sang visible du vitrier (Points, 2015); Anthologie de poésie haïtienne contemporaine (Points, 2015); La Migration des murs (Galaade, 2016). He also hosts the magnificent journal IntranQu’îllités. Adored by his prestigious elders, James Noël is today one of the major voices of contemporary Haitian poetry. With his harsh and sensitive pen, his poems oscillate between hymns to the flesh and punches, such as the incandescent Pyromane Adolescent or Cheval de feu. After an Anthology of Contemporary Haitian Poetry under his direction, his poetic pamphlet La Migration des murs (The Migration of the Walls), which began in the rubble of the earthquake and ended at the Villa Medici, James Noël published his very first novel: Belle merveille (Zulma, 2017). A novel in poetic prose, luminous, where memories of the earthquake also give way to the author’s lucid and ironic tone on international aid. James Noël writes in Creole with his left hand and in French with his right hand, not hesitating to call upon musicians to enrich his texts. He also created with Pascale Monnin, IntranQu’îllités , a literary and artistic review where “in a brilliant complicity, the images escort the texts without illustrating or commenting on them” as Mkenzie Orcel says. 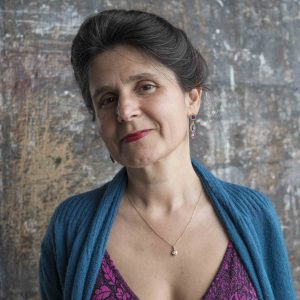 Sophie Wahnich is director of research at the CNRS (IIAC/EHESS), she works between history, anthropology and political studies on the French Revolution. She questions our present by listening to the advice, opinions and perplexities experienced by our revolutionary ancestors. She has worked more particularly on emotions as a faculty of judgment during the revolutionary moment in the following works L’impossible citoyen l’étranger dans le discours de la Révolution française, Paris, Albin Michel 1997- réédition semi-poche 2010, La liberté ou la mort, essai sur la terreur et le terrorisme, La fabrique édition, 2003, (translation in English by Verso, in German by Matthes & Seitz), La longue patience du peuple, 1792 naissance de la République, Paris, Payot 2008, Les émotions la Révolution française et le présent, Paris CNRS éditions, 2009, la Révolution française n’est pas un mythe, Paris, Klincksieck, 2017.
“And what do those who want neither virtue nor terror want?” asked Saint Just in the spring of the year 1794. And what do those who want neither programmed degrowth nor refugees, nor climatic or political migrants want, and terrorise those who protest in the very name of the democratic heritage of an awareness of a community of destiny for humanity and henceforth for all living things? (…) How can we cope? Can we cope? Between past and present, we will try to open up avenues of reflection for a subversive and perhaps restorative political proposal.” (Sophie Wahnich) 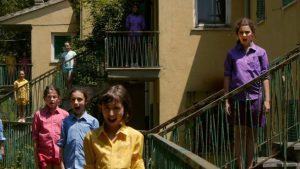 Screening of Children of Unquiet by Mikhail Karikis, 2013-2014, 15 min.
Children of Unquiet (2013-14) was created with a group of forty-five children living in Valle del Diavolo, Italy, a volcanically active region in Tuscany that inspired Dante’s Inferno. The site of the world’s first geothermal power plant, the area has recently become depopulated following the automation of the process of generating energy.
Karikis’s film orchestrates a speculative children’s take-over of an industrial village abandoned by their parents’ generation. These children explore the village through song and play. They read about insects and love from philosophical texts by Toni Negri and Michael Hardt, and they create an aural portrait of their surroundings by imitating sounds they hear – hissing steam, subterranean rumbling and industrial droning – harmonising both with the environment and with each other.
Karikis’s film presents the timeless power of the area’s natural landscape in counterpoint to the decay of its settlements and socio-economic structures. It also suggests the possibility of collective expression, hopeful and imaginative resistance for future generations. 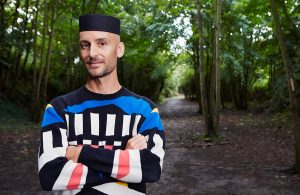